Thomas Paine’s Rights of Man is one of the great political tracks of history. The French Revolution occurred in 1789, overthrowing the French Monarchy and establishing what was arguably the first representative democracy in Europe. However, the revolution had been violent and led to a series of shocking massacres, despite the promise it held for the poor and the oppressed in France and Europe generally speaking.

The great English conservative, Edmund Burke, had written a famous pamphlet in November 1790. The work brutally criticized the Revolution as a revolt against the fundamental institutions of Western societies: the Monarchy, the Aristocracy and the Established Church. These institutions were upheld by tradition and contained the wisdom of the ages within their institutional structures. He also made claims about the savagery of the French Revolution that surprised many in England and the United States.

Thomas Paine was once friends with Edmund Burke but was outraged by Burke’s Reflections on the Revolution in France and published Part One of Rights of Man three months after the publication of Burke’s Reflections. The document is a fierce defense of the French Revolution on two grounds. First, Paine claims that Burke has misrepresented the facts on the ground. Paine was actually present for the Revolution and aims to correct what he sees as a campaign of misinformation that Burke has pursued on behalf of the major historical sources of oppression of the European masses.

Second, Paine has several arguments to make about the principles of justice, the origin of governmental authority, proper institutional design and public policy. He argues that all men and women, everywhere, have natural rights. These rights hold regardless of whatever laws or on the books or what practices hold. They include the rights to liberty, property and security. All governments receive their authority only through the delegation of power directly from the individuals that comprise a nation. They only receive these rights to the degree needed to protect the natural rights of individuals and advance the common good subject to the constraints of these rights.

Any other action by government is unjust and the people may ‘fire’ their government through altering it or abolishing it. Paine argues that reason itself tells us that humans have these rights and that reason demands that representative democracy is the only form of government that will effectively promote these rights. He then defends the French National Assembly’s Declaration of Rights on the grounds that it is compatible with these principles and argues that Burke’s traditionalism is a mere rationale for oppression.

Part Two is published a year later. Paine seeks to respond to further work by Burke and others. He first argues that the social order is not due to government power but exists despite it and has existed without it. Governments should remain small. Second, he argues that hereditary monarchy could only arise through savage violations of the moral law and so are unjust. He then compares monarchy to democracy and finds it vastly inferior on every ground. Next Paine lays out what he believes to be the ideal structure and conception of a democratic constitution and ends by arguing that the English people, had they a democracy, would have enough money, managed wisely enough, to have radical free trade, no corporate monopolies, to abolish taxes on the poor and provide a wide array of anti-poverty programs for the old, the sick, the injured, the youth and veterans. 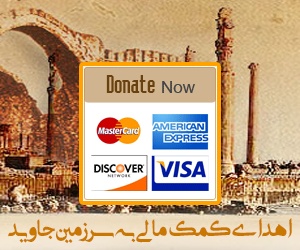